The Blaze aired a special last week in two parts called The Project. Part 1 is here and Part 2 is here.

As I have contended from the very beginning, Obama and his minions are corrupt beyond belief. It is my belief that Obama is actively facilitating the Muslim Brotherhood and radical Islam in an effort to bring America to her knees and usher in not only Sharia law, but a worldwide caliphate. This week, I am going to summarize for you the content of The Project and what it means to Americans. Time is growing short, we are entering the third and final phase of a very, very evil plan.

In 2001, an Islamic manifesto called The Project was discovered in Switzerland. This document is a plan to carry out a quiet coup within the United States through indoctrination, subversion and infiltration at all levels of our government and through key positions in education and other influential positions such as the media. Fast forward to 2008 and the Holyland Foundation Trial. This showcased the largest terror financing trial in US history. There are 80 boxes of evidence, including The Project, that have been made available by our government to the accused enemies of America, but which, to this day, are being withheld from our leaders and the American people. Barack Obama, Eric Holder and Janet Napolitano cite national security, but have given the terrorists a free pass to review the documents. I contend, that if they haven’t already done so, that Obama and his colleagues will destroy those documents because they implicate Obama and his administration in outright treason by aiding and abetting the Muslim Brotherhood. If Obama loses this election, he will most likely do two things: 1) He will release the Blind Sheik and 2) he will have those 80 boxes of documents destroyed if he hasn’t done so already. Obama will remain faithful to his Muslim roots and his anti-colonialist leanings. Remember Obama’s words:

The future must not belong to those who slander the prophet of Islam. 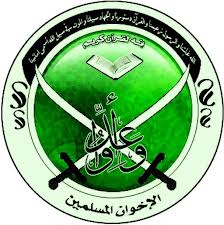 Radical Islamists have waged a silent propaganda and indoctrination war here in the US for many years and they have been winning over the hearts, minds and souls of many. They now are trying to basically do away with our First Amendment rights by criminalizing any form of speech that is deemed offensive to Islam. They have put themselves in place in our government and managed to purge all government documentation and libraries of any reference that criticizes Islam or that they find objectionable – i.e. blasphemy. They have even gotten into school textbooks glorifying Islam and rewriting our history in their favor. Hillary Clinton and the rest of the Islamic gang, are working towards United Nations Resolution 16/18 which prohibits “discrimination based on religion or belief.” That is an anti-blasphemy resolution and if passed by our senate, the end of the First Amendment.

Here’s the secret that blasphemy laws are written to smother: Regarding the fundamentals of freedom of conscience, the autonomy of the individual, protection of children and equality of women, Islamic and Western doctrines have nothing in common and are, in fact, at irreconcilable, dagger’s-point odds. Silence – Shariah blasphemy laws – is the Obama-Clinton-OIC Islamic answer. Indeed, in the Shariah-compliant end, silence will replace the questions, too.

But we’re already used to it. Don’t believe me? Afshin Ellian, an Iranian-born Dutch law professor, poet and columnist, puts it this way: “If you cannot say that Islam is a backward religion and that Muhammad is a criminal, then you are living in an Islamic country, my friend, because there you also cannot say such things. I may say Christ was a homosexual and Mary was a prostitute, but apparently I should stay off of Muhammad.”

Obama has thrown the doors of our hallowed halls open to the Muslim Brotherhood. He meets with them every chance he gets, while snubbing Netanyahu and Israel – buying time for Iran to wipe them from the face of the earth with a nuke or 12. Our elected officials demanded a halt to the 1 billion slated for Egypt and funding for Libya after our embassies and consulates were attacked and an ambassador and others were murdered. Even after this horrendous event, where Obama, Rice and Clinton all lied about the cause of the terrorism, Obama turned around and is attempting to give $450 million to the Muslim Brotherhood in Egypt and another $50+ million to Syrian rebels. So far, a few brave individuals in the House and Senate have stopped this, but I expect Obama to circumvent their efforts and send the money to our enemies anyway. It’s for his homies, don’t ya know.

The infiltration into America is on a par with Communism’s and in fact, they have linked forces to overthrow us from within. The Progressives and the Jihadists are working together to transform America. Each believes that in the end they will win and then get rid of the other. But that is after they have destroyed our Constitutional Republic. This is a war we could lose without ever being attacked – ravaged by the enemies within.

From The Blaze, here is a section of The Project:

This report presents a global vision of a worldwide strategy for Islamic policy [or “political Islam”]. Local Islamic policies will be drawn up in the different regions in accordance with its guidelines. It acts, first of all, to define the points of departure of that policy, then to set up the components and the most important procedures linked to each point of departure; finally we suggest several missions, by way of example only, may Allah protect us.

The following are the principal points of departure of this policy:

Point of Departure 1: To know the terrain and adopt a scientific methodology for its planning and execution.

Point of Departure 2: To demonstrate proof of the serious nature of the work.

Point of Departure 3: To reconcile international engagement with flexibility at a local level.

Point of Departure 4: To reconcile political engagement and the necessity of avoiding isolation on one hand, with permanent education and institutional action on the other.

Point of Departure 5: To be used to establish an Islamic State; parallel, progressive efforts targeted at controlling the local centers of power through institutional action.

Point of Departure 6: To work with loyalty alongside Islamic groups and institutions in multiple areas to agree on common ground, in order to “cooperate on the points of agreement and set aside the points of disagreement”.

Point of Departure 7: To accept the principle of temporary cooperation between Islamic movements and nationalist movements in the broad sphere and on common ground such as the struggle against colonialism, preaching and the Jewish state, without however having to form alliances. This will require, on the other hand, limited contacts between certain leaders, on a case by case basis, as long as these contacts do not violate the [shari’a] law. Nevertheless, one must not give them allegiance or take them into confidence, bearing in mind that the Islamic movement must be the origin of the initiatives and orientations taken.

Point of Departure 8: To master the art of the possible on a temporary basis without abusing the basic principles, bearing in mind that Allah’s teachings always apply. One must order the suitable and forbid that which is not, always providing a documented opinion. But we should not look for confrontation with our adversaries, at the local or the global scale, which would be disproportionate and could lead to attacks against the dawa or its disciples.

Point of Departure 9: To construct a permanent force of the Islamic dawa and support movements engaged in jihad across the Muslim world, to varying degrees and insofar as possible.

Point of Departure 10: To use diverse and varied surveillance systems, in several places, to gather information and adopt a single effective warning system serving the worldwide Islamic movement. In fact, surveillance, policy decisions and effective communications complement each other.

Point of Departure 11: To adopt the Palestinian cause as part of a worldwide Islamic plan, with the policy plan and by means of jihad, since it acts as the keystone of the renaissance of the Arab world today.

Point of Departure 12: To know how to turn to self-criticism and permanent evaluation of worldwide Islamic policy and its objectives, of its content and its procedures, in order to improve it. This is a duty and a necessity according to the precepts of shari’a.

President Obama has been practicing the art of Taqiyya, lying to the infidels as permitted by Sharia law, since he came into office. Those of us who have been exposing this and decrying Obama’s Islamic moves are branded “Islamophobes” (a term invented by the Muslim Brotherhood). Those that made The Blaze documentary are incredibly brave and dedicated souls. Some of them have lost their jobs, their careers and have risked imprisonment or death to expose this. Other brave warriors such as Pamela Geller and Robert Spencer fight every day to expose what is really going on… the savagery and hate that radical Islam incorporates and the efforts to tax, kill or convert infidels through the religion of peace. From The Blaze:

Calling on experts like Stephen Coughlin, Andrew McCarthy and Rep. Michele Bachmann to name a few, The Project provides key insights into why Americans are currently witnessing an increase in political correctness where Islam is concerned, a U.S. “policy of appeasement” in the face of terrorist acts, and how members of the current administration are warming to a host of Muslim Brotherhood affiliates.

This documentary is literally life and death for the US. There are three phases of the movement:

I believe we are close to entering the third and final stage in America. The OIC (the Organization of the Islamic Conference) and the Muslim Brotherhood have grown massively powerful in the US and around the globe. The OIC comprises 56 Islamic states and they have formed for all basic purposes a caliphate. The OIC is Hamas, Hezbollah, al Qaeda and other militant sects.

Ask yourself, what is your government hiding in those 80 boxes? I believe that if the contents were exposed, it would be the end of Obama and his cohorts. Jail time all around. It would end the infiltration, treason and jihad. The world is on fire from radical Islamists and evil. The US is the Great Satan and we are at war.