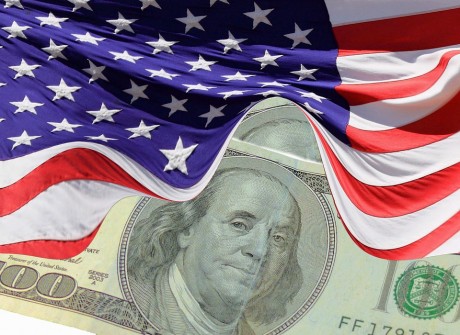 You are about to see undeniable evidence that the U.S. economy has been slowing down for quite some time.  And it is vital that we focus on the facts, because all over the Internet you are going to find lots and lots of people that have opinions about what is going on with the economy.  And of course the mainstream media is always trying to spin things to make Barack Obama and Hillary Clinton look good, because those that work in the mainstream media are far more liberal than the American population as a whole.

It is true that I also have my own opinions, but as an attorney I learned that opinions are not any good unless you have facts to back them up.  So please allow me a few moments to share with you evidence that clearly demonstrates that we have already entered a major economic slowdown.  The following are 15 facts about the imploding U.S. economy that the mainstream media doesn’t want you to see…

1. Industrial production has now declined for nine months in a row.  We have never seen this happen outside of a recession in all of U.S. history.

2. U.S. commercial bankruptcies have risen on a year over year basis for seven months in a row and are now up 51 percent since September.

3. The delinquency rate on commercial and industrial loans has been rising since January 2015.

Total business sales in the US did in April what they’ve been doing since July 2014: they dropped: -2.9% from a year ago, to $1.28 trillion (not adjusted for seasonal differences and price changes), the Censuses Bureau reported on Tuesday. That’s where sales had been in April 2013!

5. U.S. factory orders have been dropping for 18 months in a row.

6. The Cass Shipping Index has been falling on a year over year basis for 14 consecutive months.

7. U.S. coal production has dropped to the lowest level in 35 years.

8. Goldman Sachs has its own internal tracker of the U.S. economy, and it has fallen to the lowest level since the last recession.

9. JPMorgan’s “recession indicators” have risen to the highest level that we have seen since the last recession.

10. Federal tax receipts and state tax receipts usually both start to fall as we enter a new recession, and that is precisely what is taking place right now.

11. The Federal Reserve’s Labor Market Conditions Index has been falling for five months in a row.

12. The employment numbers that the government released for last month were the worst that we have seen in six years.

13. According to Challenger, Gray & Christmas, layoff announcements at major firms are running 24 percent higher this year than they were at this time last year.

14. Online job postings on the business networking site LinkedIn have been declining steadily since February after 73 months in a row of growth.

Earlier today, we learned that two of our biggest corporations will be laying off even more workers.  Bank of America, which is holding more of our money than any other bank in the country, has announced that it is going to be cutting about 8,000 more workers…

Bank of America is expected to reduce staffing in its consumer banking division by as many as 8,000 more jobs.

The nation’s largest retail bank by deposits has already reduced the staffing in its consumer division from more than 100,000 in 2009 to about 68,400 as of the end of the first quarter of 2016, said Thong Nguyen, Bank of America’s president of retail banking and co-head of consumer banking at the Morgan Stanley Financials Conference Tuesday.

Walmart is going to cut some back-office accounting jobs at about 500 stores in a bid to become more efficient.

The job cuts will occur mostly at stores mostly in the West and involve accounting and invoicing workers, says spokesman Kory Lundberg. Instead, bookkeeping functions will be switched to Walmart’s home office in Bentonville, Ark. Cash at the stores will be counted by machine.

Day after day we are hearing about more layoffs like this.  So why would this be happening if the U.S. economy truly was in “recovery mode”?

Even with how manipulated the GDP numbers are these days, Barack Obama is on course to be the only president in all of U.S. history to never have a single year when the economy grew by at least 3 percent.  The truth is that our economy has been stuck in the mud ever since the end of the last recession, and now a major new downturn has clearly already begun.

And you want to know who else realizes this?

Foreign investors sold a record amount of U.S. Treasury bonds and notes for the month of April, according to U.S. Treasury Department data on Wednesday, as investors priced in a few more rate increases by the Federal Reserve this year.

There is no debate any longer – the next economic crisis is already here.  This is so abundantly obvious at this point that even George Soros has been feverishly dumping stocks and buying gold.

But at the end of the day, what is far more important is what is ahead.  Fortunately, our downturn has been fairly gradual so far, and let us hope that it stays that way for as long as possible.

In much of the rest of the world, things are already in full-blown panic mode.  For instance, Venezuela was once the wealthiest nation in South America, but now people are literally hunting cats and dogs for food.

Absent a major “black swan event” of some sort, we won’t see that happening in the United States for at least a while yet, but without a doubt we are steamrolling toward a major economic depression.

Unfortunately for all of us, there isn’t anything that any of our politicians are going to be able to do to stop it.

*About the author: Michael Snyder is the founder and publisher of The Economic Collapse Blog. Michael’s controversial new book about Bible prophecy entitled “The Rapture Verdict” is available in paperback and for the Kindle on Amazon.com.* Worst Job Growth In A Year – Way Below Expectations