A number of prominent Jewish organizations and publications, as well as some media outlets, have sharply criticized the manner in which the Obama administration has gone about defending the Iran nuclear agreement by attacking its critics.

Tablet Magazine accused certain proponents of the agreement of using “Jew-baiting and other blatant and retrograde forms of racial and ethnic prejudice” such as “[a]ccusing senators and congressmen… of being agents of a foreign power…” to smear their opponents. Similarly, Abraham Foxman, the former director of the Anti-Defamation League, attacked President Obama for fueling the anti-Semitic stereotype of Jews as warmongers. Rabbi Abraham Cooper of the Simon Wiesenthal Center also attacked the administration for bullying opponents of the deal with the “crock of dual loyalty.” 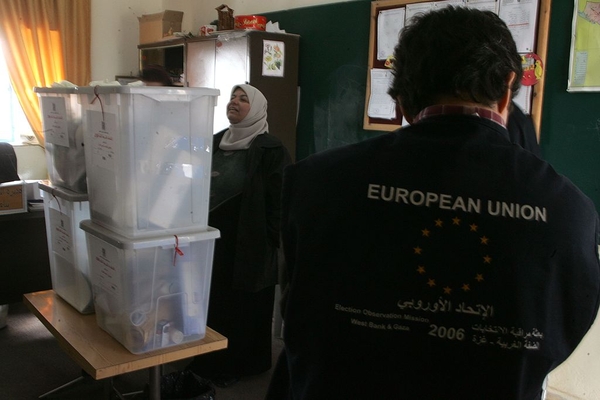 The New York Post went a step further, and railed that “Anti-Semitism is all over the drive to make Chuck Schumer shut up about his opposition to the Iran nuke deal.” Others have attacked President Obama directly. Lee Smith, also writing in Tablet, claims that “Obama is using a dog whistle. He is hinting at broadly at anti-Semitic conceits.”

President Obama and his administration are not anti-Israel, nor are they anti-Semitic. There is little doubt, however, that as the debate over the Iran deal has grown increasingly heated, President Obama, members of his administration, and various supporters of the deal have impugned the integrity of their opponents, sometimes using language that some see as code words.

They have suggested that those members of Congress who have come out against the deal are in the pockets of billionaires and lobbyists. They have also sought to conflate opposition to the Iran deal with support for the U.S.-led invasion of Iraq in 2003. Finally, President Obama has accused Israeli Prime Minister Benjamin Netanyahu and the pro-Israel lobby of exercising an inappropriate level of pressure on American politicians in attempting to influence the course of the debate over the Iran agreement.

The notion that foreign leaders do not seek to influence American political discourse is patently false. More to the point, however, the cumulative thrust of the attacks leveled by the administration has engendered disturbing arguments from some quarters.

The Daily Kos, for example, recently published a cartoon questioning whether Senator Chuck Schumer opposes the agreement out of loyalty to the United States or to Israel. Reza Marashi of the National Iranian American Institute, commented: “shame on Chuck Schumer for putting Israel’s interests ahead of America’s interests.” Such suggestions of dual loyalty have been echoed in more respectable publications such as the New York Times, whose editorial board commented on the “unseemly spectacle of lawmakers siding with a foreign leader against their own commander in chief…” as if members of Congress — an independent branch of our government — should always kowtow to the President (who is not the Commander in Chief of Congress).

Certainly, it is clear at this point that President Obama and supporters of the agreement are doing themselves no favors by attacking the motivations of those who oppose the deal. So too Republicans who have used deliberately loaded language in their effort to score political points against a president who they deeply dislike. The only result of such invective has been to inject unnecessary vitriol into a debate whose result will have far-reaching consequences for the United States, for Israel, and for the Middle East.

Rather than doubling down on his misguided and misleading accusations, President Obama should be seeking to elevate the tone of the national discussion. He should directly address concerns regarding the strength of the inspections regime envisioned by the deal, and he should insist on the release of the content of the side agreements between the IAEA and Iran regarding access to Iranian nuclear sites.

Regardless of what Congress and the President decide to do, these are issues that demand serious and substantive debate, and all interested parties should be encouraged to contribute their opinions. The arguments made in recent weeks by supporters of the deal have been completely counterproductive in that regard. We might expect such attacks by partisans on both sides of the aisle. However, we should demand that the President elevate the tone of the discussion.

Alan Dershowitz is a lawyer, constitutional scholar, commentator and author. His new book is The Case Against the Iran Deal: How Can We Now Stop Iran From Getting Nukes? (Rosetta Books, August 11, 2015). 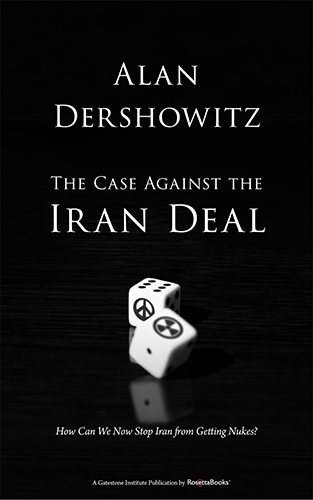 Dead Jews––What Else is New?